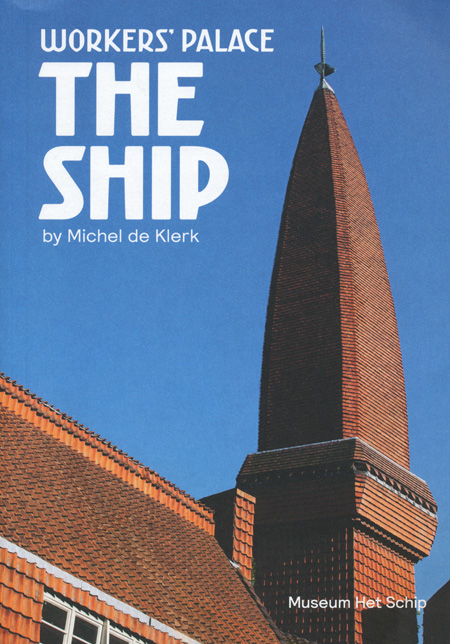 When, in 2010, David Quay was asked by communication agency FWDesign to create a custom type family to be used as the new signage and orientation system of the City of Bath, he teamed up with ReType.
Bath is a beautiful city to design for, and we were delighted to be involved in the project. The process was intensive, and demanded a well-documented research into local values, history, and vernacular lettering tradition. We didn’t want a ‘squarish’ sans with a &# … > Read article

The Hague uses an interesting and original alphabet style in its street naming. It’s a typical ‘technical’ design, characterised by repetition of the same modules, and according to Albert-Jan Pool, related to DIN standards. Despite the ingenuity of its obvious typographic quirks, we like it; it’s part of the The Hague’s graphic and cultural DNA. For that reason, during our long wait for a new internet connection (thanks KPN!), we made up a digital ve … > Read article

I haven’t found as many graffitis in Buenos Aires as in the past, but anyway there are some good ones. This is located under a bridge in the intersection of ‘Crámer’ and ‘Elcano’ avenues. Check the artist’s website TEC and his Flickr account.
… > Read article

Being on vacation in Buenos Aires, I find impossible not to spend time spotting local lettering. This is the first batch.

On the Eerste Jan Steenstraat, in the Amsterdam neighbourhood of De Pijp, a group of houses has been renovated with their house numbers set in ornamental ceramic plates. We are gratified that, once again, our ‘Brugletter’ revival, Kurversbrug is being used in such a prominent position, and hope to see more of these plates in the streets of Amsterdam. Keeping alive Amsterdam’s best examples of letter-making tradition is one of our objectives, so we love to disco … > Read article

The leading fashion brand G-Star, in exploring the rich heritage of the dutch avant-garde has elected to use our font Kurversbrug in printed designs on their jackets and sweaters. We agree that the sturdy aesthetics of the ‘Amsterdamse School‘ architects is a perfect accompaniment to urban street-wear, and are delighted with their choice.
… > Read article

Fontwerk, the german weblog dedicated to “Design, Typography & Zeitgeist”, ran by Ivo Gabrowitsch, has also chosen Lavigne Text as one of the best type families of 2010. Thanks Fontwerk!
… > Read article

Lavigne among the best 2010 serif fonts

In its latest newsletter, Fontshop has listed Lavigne Display and Lavigne Text among the best serif designs of 2010. Thanks FSI. We greatly appreciate it.
… > Read article

Vivid Gallery is a design gallery situated in the heart of Rotterdam. Founded by Saskia Copper and Aad Krol, they have recently chosen to use Kade for all their communications. A perfect type for an institution devoted to highlight the best in dutch design innovation.

This time it was colleague type designer Donald Beekman who spotted ‘Serge*‘, a restaurant in Utrechtsestraat 141, Amsterdam; which is using Kurversbrug Light for its logo.

On the Amstel river

It seems like ‘Kurversbrug‘ is becoming quite popular. This time we spotted it in this nameplate used to identify a boat-house on the Amstel River in Amsterdam. Good election! 🙂
… > Read article

Recently we discovered this beautiful metal sign set in ‘Kurversbrug‘. It belongs to a nice Amsterdam’s Bed & Breakfast, “Tulipa” which is using our revival for its identity.
They also have a lovely website.

We were glad to find out Red Bull has been using ‘Kurversbrug’ for the promotion of its ‘Fierste Ljepper’ competition on TV and internet. Thanks Pieter Frank and Sid Lee for choosing it.
… > Read article

An interview to Kade’s designer

Argentine typographic weblog ‘Tipográficamente‘ has just published a long interview (in spanish) to David Quay that gives a good insight on the making of our latest type family Kade. Many thanks to Norbi Baruch and the rest of Tipográficamente’s staff.
An english translation has been published here

A typeface for Bath City

On Friday 9 July, during the Typoweek conference at BAU Design Academy in Barcelona, David Quay and Ramiro Espinoza will talk about the development of ‘Bath Sans‘, a type family commissioned by Bath‘s City Council and FW Design in London.
Bath City public communication system is in the process of being redesigned. A custom made type family was required to reflect the unique qualities of Bath and to reinforce local values. The new typefaces will also improve cons … > Read article

Good news: Very positive reviews about Lavigne Display have been published by typographic magazine ‘Typo‘ and the Fontshop’s website ‘The FontFeed‘.
Lavigne (and Tomate) have also been accepted in the ‘Tipos Latinos‘ selection and will be displayed in an impressive simultaneous exhibition that will take place this year in many Latin American countries.
… > Read article

The renowned New York’s Type Directors Club has just announced that our typeface Lavigne Display has received a TDC2 2010 award. Thanks a lot, TDC. We are delighted.
… > Read article

‘Lavigne Text‘ is in development. The regular version is almost ready and soon italic and bold versions will follow. Here is a little sample. Stay tuned for more related news.
… > Read article

We are very glad to announce the german weblog Typefacts has chosen our Lavigne as one of its ‘Best Fonts of 2009‘. Vielen Dank, Typefacts!
… > Read article

On the waves of the city

Museum Het Schip is an institution devoted to preserving the work of the Amsterdamse School of architecture. It is located in Spaarndammerplantsoen 140 in one of the most beautiful building complexes in the city. Among its latest publications is a well-illustrated cycling guide ‘On the Waves of the City.’
The booklet is packed full of useful information, fine photography—by Floris Leeuwenberg—and is elegantly designed by studio Barlock from The Hague, It is an inv … > Read article

‘Lasagna and ‘Tomate’ in Items magazine

We are glad to know the latest Items magazine used two of our fonts, ‘Lasagna’ and ‘Tomate’. ‘Lasagna’, a Yomar Augusto’s design, has been chosen for the headlines and my funky brush script ‘Tomate’ for the intros. Thanks to Dennis Koot, Viveka van de Vliet and the rest of the staff.
… > Read article