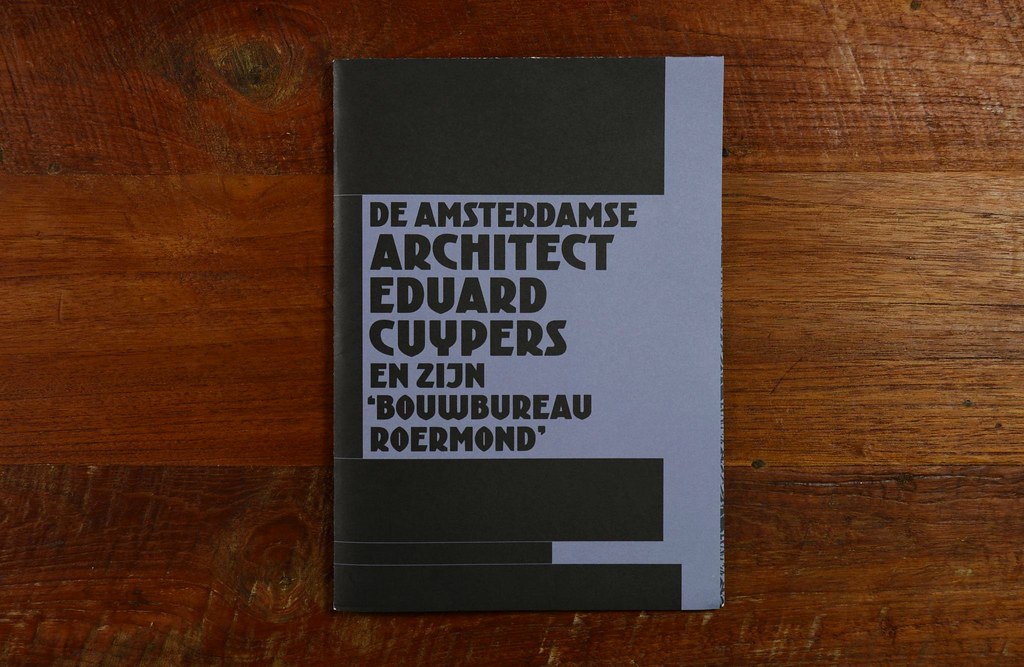 We are fans of the Amsterdam School and at least once a year we pay a visit to Het Schip, the museum dedicated to this avant-garde movement.
Last time we were there, we found this fine publication dedicated to the architect Eduard Cuypers. Its designer, Joep Pohlen from Polka Design chose Kurversbrug as the cover and headlines typeface and of course we think it was the right decision. 🙂 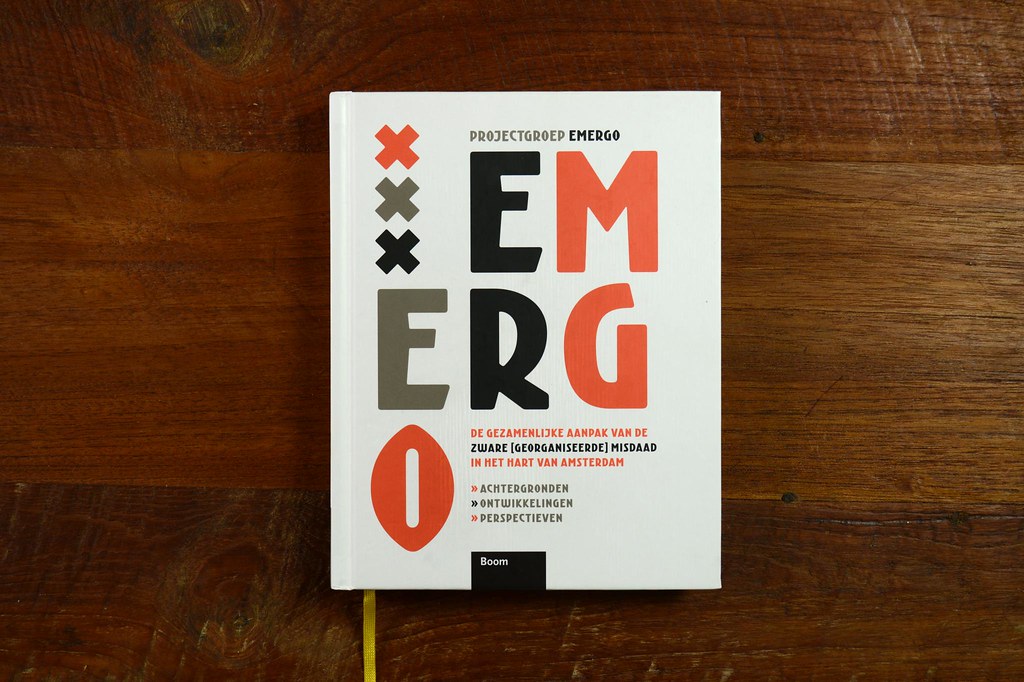 Emergo is an interesting report on Amsterdam organized crime published by Boom Publishers. The book was designed by René van der Hooren making intensive use of our font family Krurversbrug. Much appreciated, René. We love to see book designers making good use of our fonts. 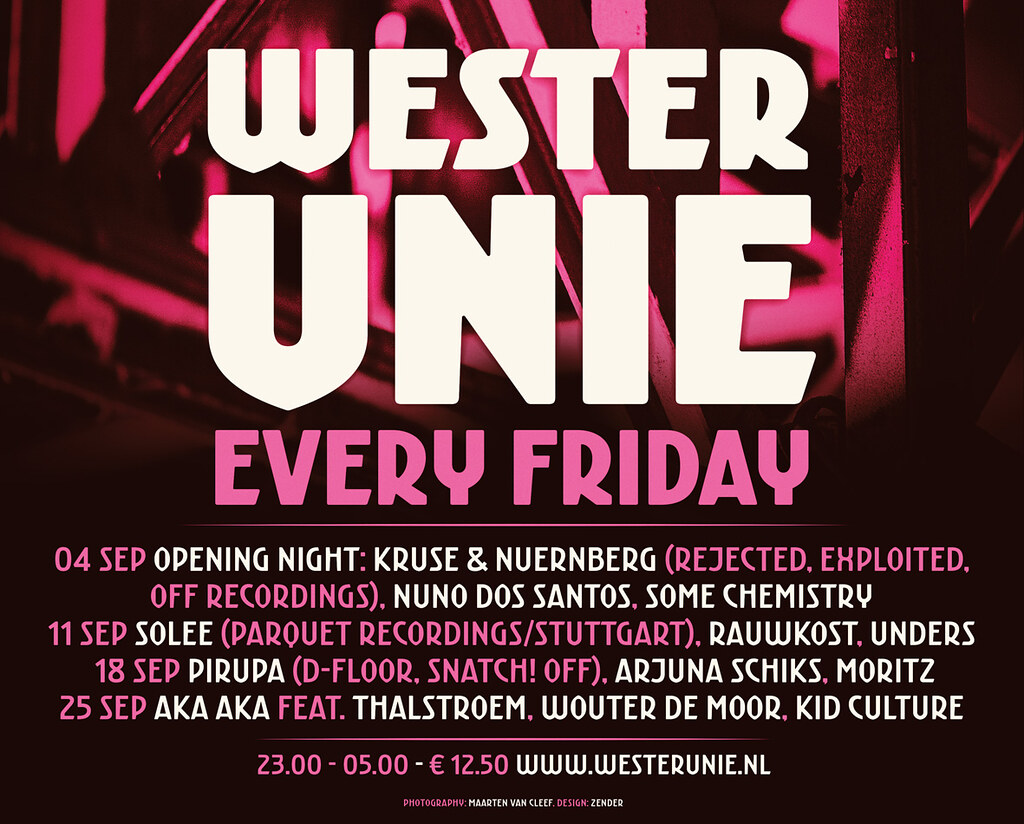 Designing a lettering based logo 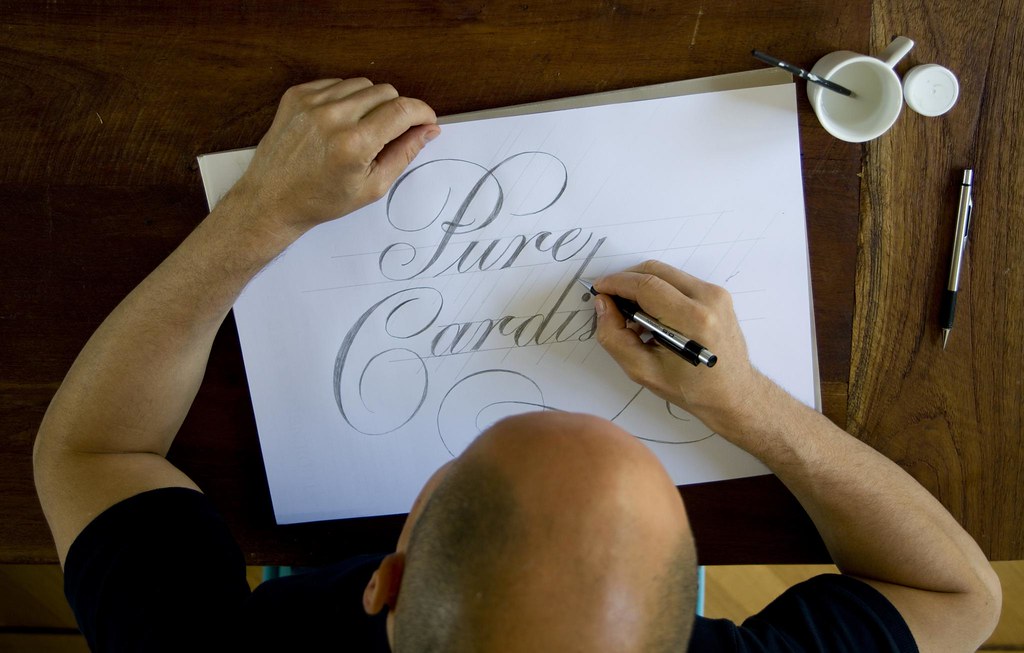 In this post at Behance you can take a look to some of the steps in the production of a recent lettering based logo. We used a copperplate style with some traits typic of the Amsterdamse krulletter
… > Read article

Thanks a lot to Jaap Biemans and de Volkskrant’s design team for choosing our font Krul for this beautiful spread in the Volkskrant’s magazine. It looks gorgeous.
… > Read article

Many thanks to Yves Peters for the thorough review of De Amsterdamse Krulletter published in Fontshop’s weblog.
… > Read article

The beautiful lettering painted on the windows of Café “Het Molenpad” was one of the first works with “Amsterdamse Krulletters” I could identify and photograph back in 2004. “Het Molenpad” is on the Prinsengracht, separated a few meters from the location of the building were the Public Library used to be located. Two or three years later, I started to be more systematic and take pictures of every window with krulletters, so I came back to this … > Read article

A good review in De Volkskrant

We have to admit we are terribly flattered by the very positive double page review of De Amsterdamse Krulletter that Bob Witman has published in De Volkskrant.
… > Read article

In the last weeks we have been busy making a number of lettering works in the style of the Amsterdamse Krulletters for some of our clients. Some will be printed and others will be hand painted by colleague sign painters. If you need a similar project, don’t hesitate in contacting us.
You can take a look to the complete set at our Behance account.

Ramiro has recently given a workshop introducing to copperplate calligraphy to the Amsterdam Sign Painters Guild. It was a great Saturday spent among home made walnut ink, oblique holders and vintage pointed nibs. Thanks to the ASG crew for the hospitality and the great company! (More pictures of the even can be seen at in Flickr’s account.)
… > Read article

Our typeface Laski Slab –designed by Paula Mastrangelo & Ramiro Espinoza – has been awarded with the highest prize of the Hiii Typography contest. Needless to say we feel deeply honored for receiving it. Thanks a lot to the jury and congratulations to the rest of the winers.
… > Read article

What are the origins of the exuberant swash letters that can be found on the windows of many of Amsterdam’s most traditional bars? Who painted them? Was it a collective creation, or the work of a lone gifted sign painter? How old is this style?
For almost a decade Ramiro Espinoza thoroughly researched the refined, swirling lettering style, examining every surviving example in Amsterdam, Maastricht and Ghent in an effort to answer these questions. He compiled his findings in De A … > Read article

Kerning fonts is a tiring activity that can put a big stress on your extremities. Following the advice given at Robothon conference by Andy Clymer, we are experimenting using MetricsMachine and an USB’s game pad with the help of the universal driver USB Overdrive. It works like a charm. We specially like to have a handy way to flip the selected pair when checking kerning symmetry. The next kerning work at Retype is much probably going to be performed with this method.
… > Read article