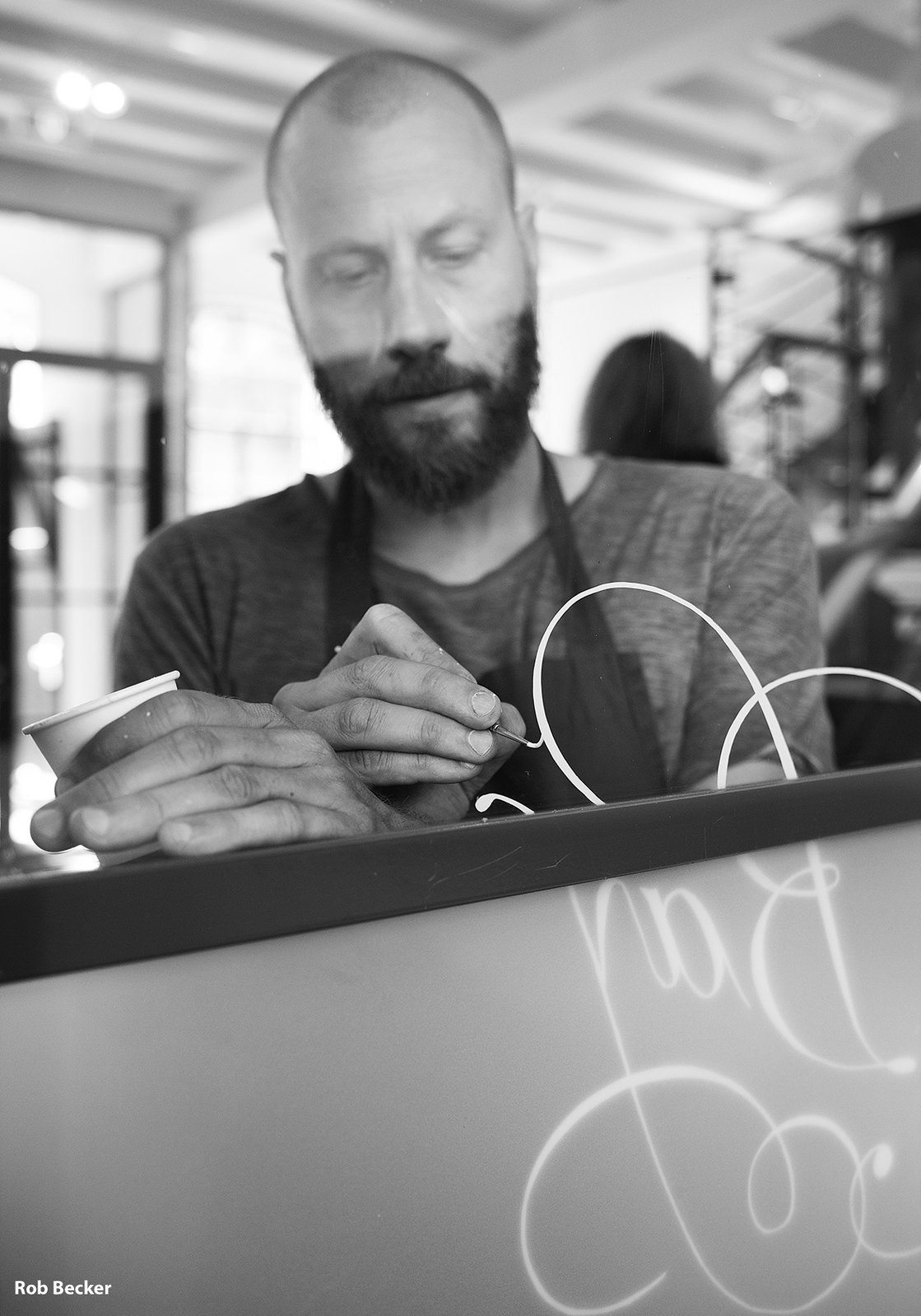 Few months ago the identity agency Design Bridge Amsterdam contacted us for an assignment. Their office was recently renovated and – in accordance with their appreciation for local crafts and traditions – they wanted to recreate Amsterdam’s curly letter in a series of words to be painted on the doors of their meeting rooms.

Design Bridge Amsterdam’s building was once a stable. As a nod to this history each meeting room was named after a horse breed: Chesnut, Bay, Roan, Star, Snip, and Sorrel. ‘Dames’ and ‘Heren’ were also requested for the toilets; and a ‘Hello’ as well for the entrance.

Ramiro Espinoza created a set of custom lettering works fair to the Amsterdam’s Krulletter tradition and asked Jasper Andries – from the Amsterdam Signpainters team – to paint them on the doors. 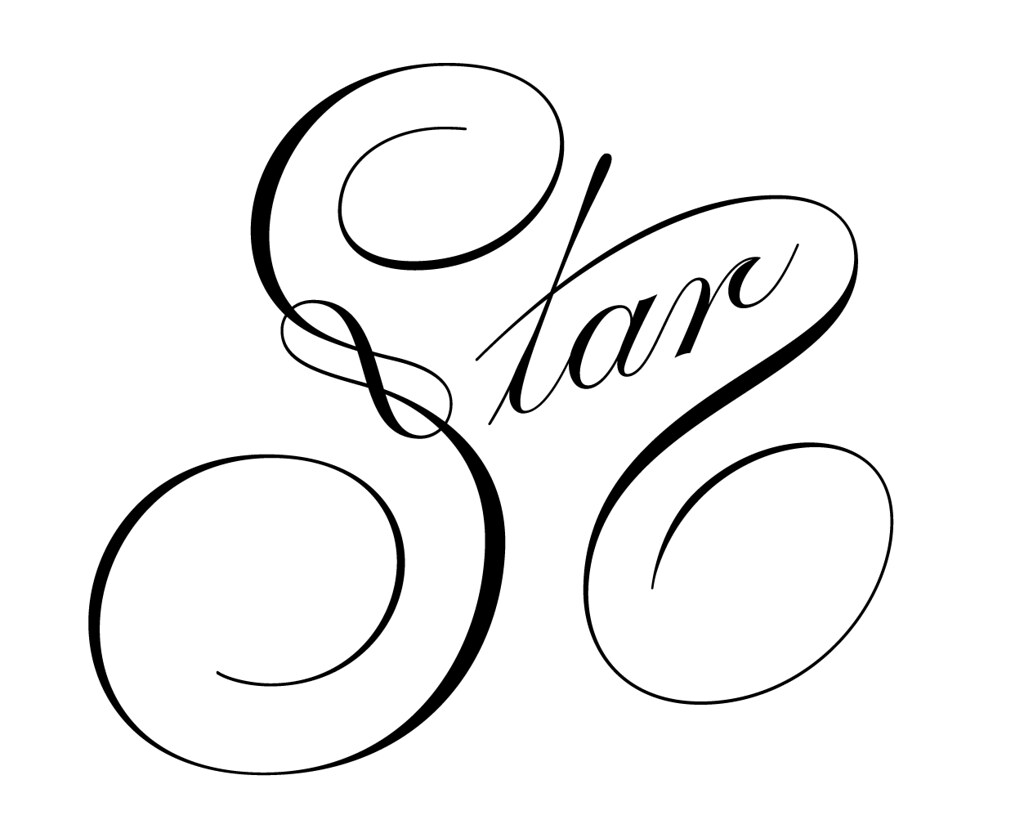 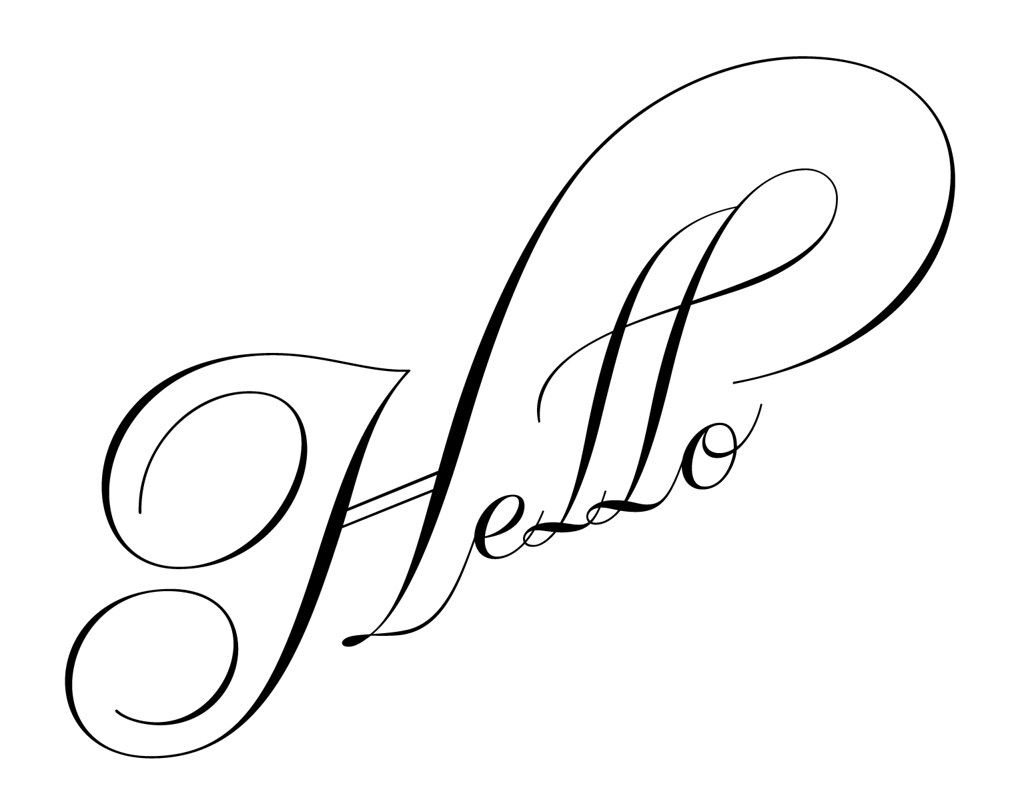 Everyone involved was quite satisfied with the results. It’s probably the first time new Amsterdamse Krulletters have been painted with a level of accuracy and dedication similar to those of the masters Visser and Beukeboom.

Thanks, Design Bridge, for your trust and support. We love the way the Krulletters look on your doors! 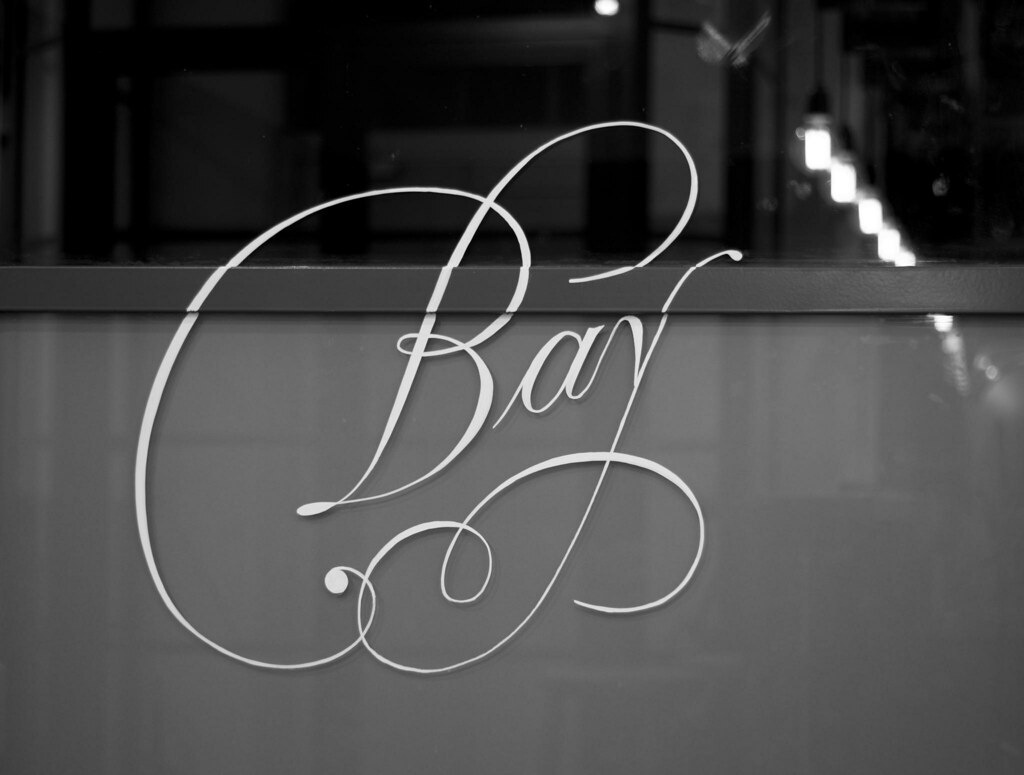 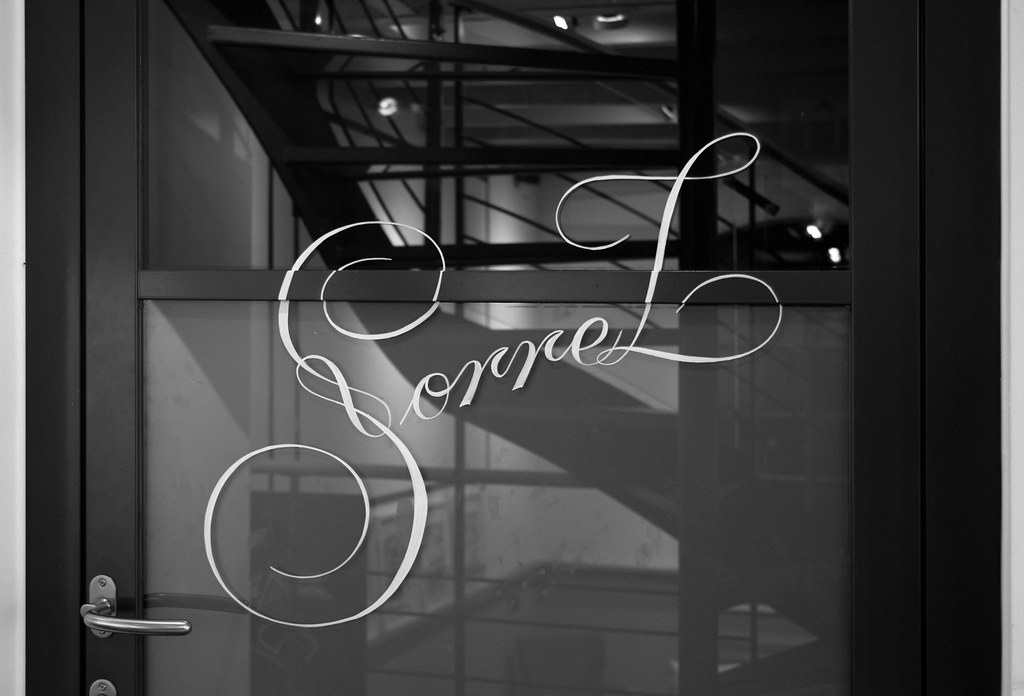 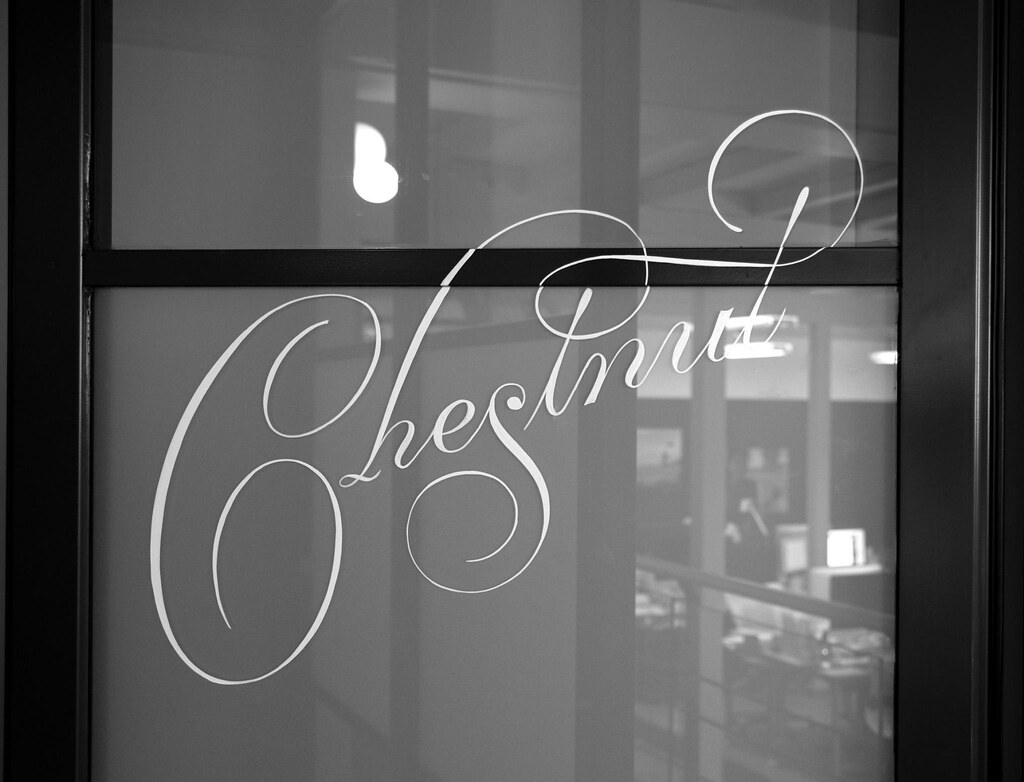